Bucket lists, birding and sticking to the Victory Condition 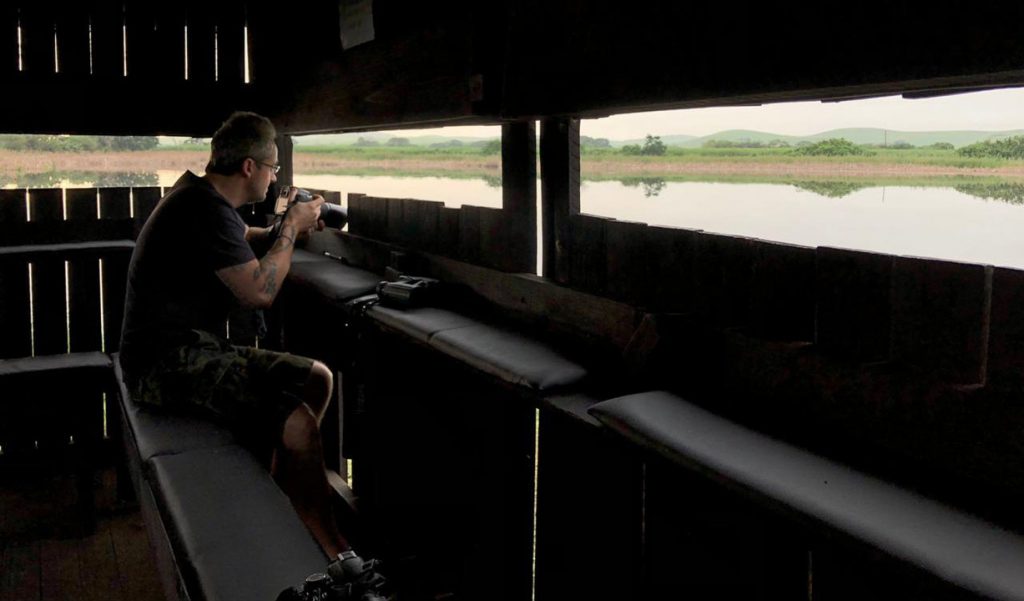 Most people I know have a bucket list (whether mental or physical). A list of things they just have to experience or do before they die. Inspired by Rich’s video (you really shouldsubscribe to his channel), I created my own Bucket List PowerPoint deck.

The result: Having it visual and accessible actually helps me get things ticked off the list. Once I’d had them all listed together, I also realised that most of them are pretty easy to do: They just require time and money. For example, “Meet Mona Lisa” and “Eat a crepe under the Eiffel Tower” were both ticked off while on a visit to Paris in December. Buy flight ticket. Book Airbnb. Easy.

However, going through the list again this weekend, I realised I not only had ‘the easy ones’, I had a list within a list. List inception. You see, one of my bucket list items is “Tick 1000 birds in the world”. As a birdwatcher (birder / twitcher / birdnerd) I have another list I’m completing too. Since I started this hobby in 2013, every time I see a new bird species (they’re called ‘lifers’) I get to tick it off the list, and it’s been one helluva exciting, emotional, tactic-shifting journey.

When I started birding it was easy enough. We placed some food out in the garden and watched them flock in. The usual suspects visited, and kept visiting, but the lifers decreased, and eventually ended. So we visited other places around the country to add to our Southern African list. Different birds prefer different areas, habitats and food, and seldom wander out of their areas, so by going to new places, the lifers increased. As the list grew, though, it’s started to get trickier to add more.

You see, ticking birds off the list is, essentially, a diminishing return. Of the roughly 950 recorded bird species in Southern Africa alone, we’ve ticked 482 lifers to date. This not only requires travel, it now also requires heaps and heaps (did I say heaps yet) of patience. Why? Well, the birds we’ve added to the list to date are mostly the easily-accessible ones: The raptors who soar the skies, the fence-sitters who grace our roadside telephone poles, and the species who are happy to be out in the open – in grasslands or wetlands – for the world to see. To add more lifers to the list, we now need to go out and find the more difficult-to-see species: The shy. The secretive. The species who don’t like coming out in the open. The ones who skulk around in the middle of bushes or reeds, keeping to themselves, keeping very quiet, and not very keen on being seen.

I’ve made a few birding friends in the past few years, and I recall early on someone mentioning for me to sit and continue to scan the area for a while when in search of birds. Back then, my ‘while’ was 5/10 minutes, and if we didn’t see something moving around, or didn’t see something new, we moved on to the next location. Well, how things have changed. This year alone, we have spent hours and hours in bird hides (we recently did a 06:00-09:00 stint in one hide waiting for one particular bird, who never showed up). So my plan to achieve my bucket list item has changed from a ‘let’s see a few birds in this area’strategy to one of ‘if we get to see only one on this trip, we’re winning’. This weekend, after spending a number of crazy visits around the country, over 5 years, to try see one particular bird, we were graced with a spectacular viewing of one of the most secretive birds in the region: The African Finfoot.

I won’t lie. It was a spiritual moment.

So why am I telling you this?

Finding these kinds of birds now requires a different approach. Different tactics. My Victory Condition remains the same: “Tick 1000 birds in the world”. But how I get there has changed. It had to change, and that’s okay. If I hadn’t instilled saintly-patience into my birding journey, I’d add very few new species, which would be not working well towards achieving the Victory Condition laid out before me.

My question to you:

Are you trying the same-old tactics, but not getting results? Think it’s maybe time to change something?