“But is it done-done?” How billion dollar industries still get it wrong.

November 30th, 2017 Posted by Don Packett Uncategorized 0 thoughts on ““But is it done-done?” How billion dollar industries still get it wrong.”

There’s a fine line between done, and done-done.

My father-in-law works in Safety for a large commercial airline carrier. Every safety-related incident – from an engine exploding inflight, to a pregnant woman mistakenly placed in the EXIT row – goes past his desk. These incidents are documented,  monitored, tracked and precautions are put into place to ensure they don’t happen again. All relevant individuals are consulted on the particular incident to clarify all information was correct, and to ascertain where the fault lies. From there, new policies, new tech, staff training, etc. are put into place to ensure the safety of all future passengers.

He’s also a pilot, so not only does he see things from an outsider’s perspective from head office, but he also has the knowledge and understanding of what goes on in the aircraft itself.

He recently told me about an incident where the door of the cargo hold popped open as the aircraft was pushing back. For clarity, that’s the door keeping all your luggage in the plane. So when the door popped open, the pilot saw the warning light come on in the cockpit, he contacted the engineer, and they had to get it closed before they could continue.

Soon after this, all relevant parties were consulted to figure out why this happened.

There are two people responsible for this part of the pre-flight procedure: The engineer (who has to close the door) and the pilot (who has to confirm the door is closed when they see the warning light has successfully gone out).

Rough order of events during discussion:

• The pilot confirmed the warning light was off before they pushed back.

• The light could have been broken.

• The pilot confirmed it was on, and then it was off.

• The light could have blown.

• The engineer confirmed that he had closed the door before the plane pushed back. 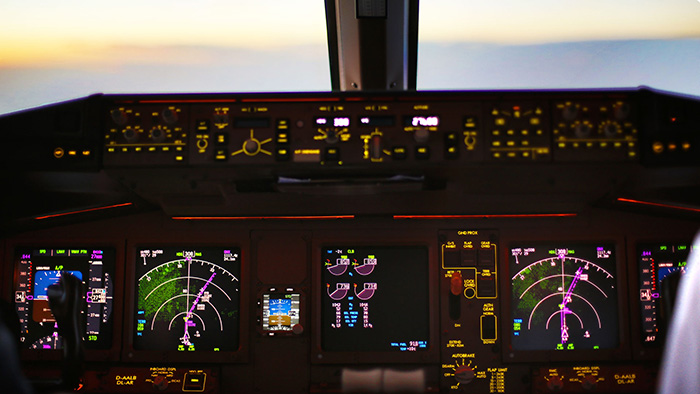 So if both parties did what they were supposed to do, why did it open?

Closing the cargo hold door requires two movements. Firstly to push the door closed, and secondly to turn a latch to lock it. The latch needs to turn fully in order to lock into place.

So the engineer closed the door, the pilot immediately saw the light go out, but here’s where the problem lies: The sensor on the door (connected to the light in the cockpit) triggers when the door is closed, not when it is fully locked. So what happened in this instance is the engineer closed the door (light went out), turned the latch (but not completely) which meant the door wasn’t fully locked into place. On pushback, the vibration of the aircraft caused the latch to slowly shuffle and turn back to its original open position (not locked), resulting in the door flying open.

For an enormous industry dealing with expensive equipment, you’d think these guys would have this covered, right? To ensure that the people in the cockpit, responsible for hundreds of lives, are as well-informed as possible in order to make the right decisions, correct? Surely the light should only go off when the door is fully locked? Well, turns out we’re not all perfect, and sometimes done isn’t actually done-done.

Why should this story matter to you?

A number of people have shared this concept of done-done with me in the past, and I was reminded of it when my father-in-law told me this story. We often think that when we complete a task, it’s done. But if we step back and ask “But is it done-done?” we have to relook at what we’ve created to ensure it’s completed 100%.

On being given documentation by his team for review, Henry Kissinger would often ask them “Is this your best work?”. Most of the time they’d postpone his review to go through it again themselves, oftentimes making it better than before. This saved Kissinger hours by not having to review sub-optimal work.

So, are you and your team just getting your tasks done, or are you doing your best work and getting it done-done?