Make yourself an option

November 29th, 2017 Posted by Don Packett Uncategorized 0 thoughts on “Make yourself an option”

Two weeks ago I bumped into Kevin and Allison at Cape Town International, all – it turned out – on our way home to Lanseria.

While catching up about the weekend, they told me about a school waterpolo game they watched, supporting their nephew. The coach, an early-twenty-something-go-getter, had a specific catchphrase for his team while the game was on:

“Make yourself an option!”

i.e. Don’t hang about with the others (whether it’s your teammates or the competition), get out into the open so that someone will pass the ball to you. 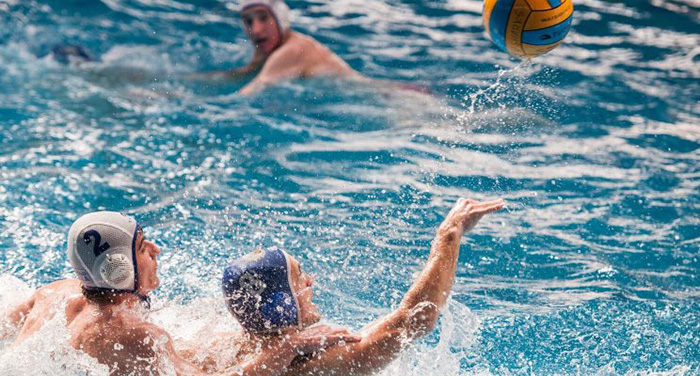 I found this lesson fascinating. Little did he know, but this young coach is setting these kids up (if they listen, and are proactive, of course) for major success in life. With the extremely tough work environment these days, from what businesses offer, to the actual job market, now more than ever is the time for companies and individuals to get out there and make themselves an option. These kids are getting ahead in learning all about that.

3 stories that spring to mind for me:

I realise I unknowingly did this before working at Missing Link. I started working at a design agency in 2002, and Missing Link was on my way home. I’d stop in after work every single day to chat to the guys, get new music, and to see what they were generally up to. At the time, I was much more interested in video than static design, and dabbled in video as often as I could, which the Missing Link team knew. So one Friday afternoon I peaked my head in Rich’s office to say hi. He was on the phone, looked at me, and said to the person on the other side of the line “Can you hold on a second?” He then looked to me and said:

“What are you doing this weekend? All my guys are jam-packed, and we need a corporate video edited for a client of ours for Monday. I’ll give you three grand.”

Now, R3k was more than my monthly salary at the design agency, so whatever plans I had for that weekend were duly removed from my calendar, and I said Yes. I edited the video before Sunday was done, I made my R3k, and a few weeks later – after helping Missing Link out on more weekend work – Rich offered me a job, which was what I’d wanted in the first place. Had I not kept in touch, had I not stepped into the office that particular day, I’m not sure if I’d be where I am today. I made myself an option, and truly believe that that weekend’s work was a defining factor in triggering my career.

Another more recent example is this guy, Kiron. Kiron works for us, and is obsessed with adidas. So much so that we’re doing everything in our power to help get him a job at adidas in Germany, by trying to connect him with the right people. But the work and idea started with him. He wanted to take this journey, he wants to push the boundaries, and he’s making it happen. He created this mini-documentary about himself, and his passion for adidas. At the time of writing, the video has been spread around adidas Europe, a few bloggers have taken notice, and on Friday he received a phonecall from someone at adidas Europe asking for more information. This tenacious individual has placed himself right out in the open, and made himself an option.

The future for a number of jobs is dire. AI, robots, machine learning and all those other things are slowly going to take many jobs away from people you know. It’s a fact. There are those who moan about this like it’s their right to keep their jobs, when something else faster and cheaper can get it done better. Of course, this is not the first time this has happened, but it’s happening faster every year. Computers used to be real people. They were individuals who computed things (watch Hidden Figures for reference). A calculator was also a human who calculated on an abacus (or similar). Now it’s an app on your phone. Do you feel bad every time you use it because someone’s job was taken over? Of course you don’t.

So, with your job potentially on the line, what should you do? If it’s not blatantly obvious to you yet, the point is this:

Make yourself an option.

Get out there. Change things. Change your business. Change your focus, change something, because everything else is changing around you, and they won’t be waiting for you to catch up.

Originally posted as an article on LinkedIn.